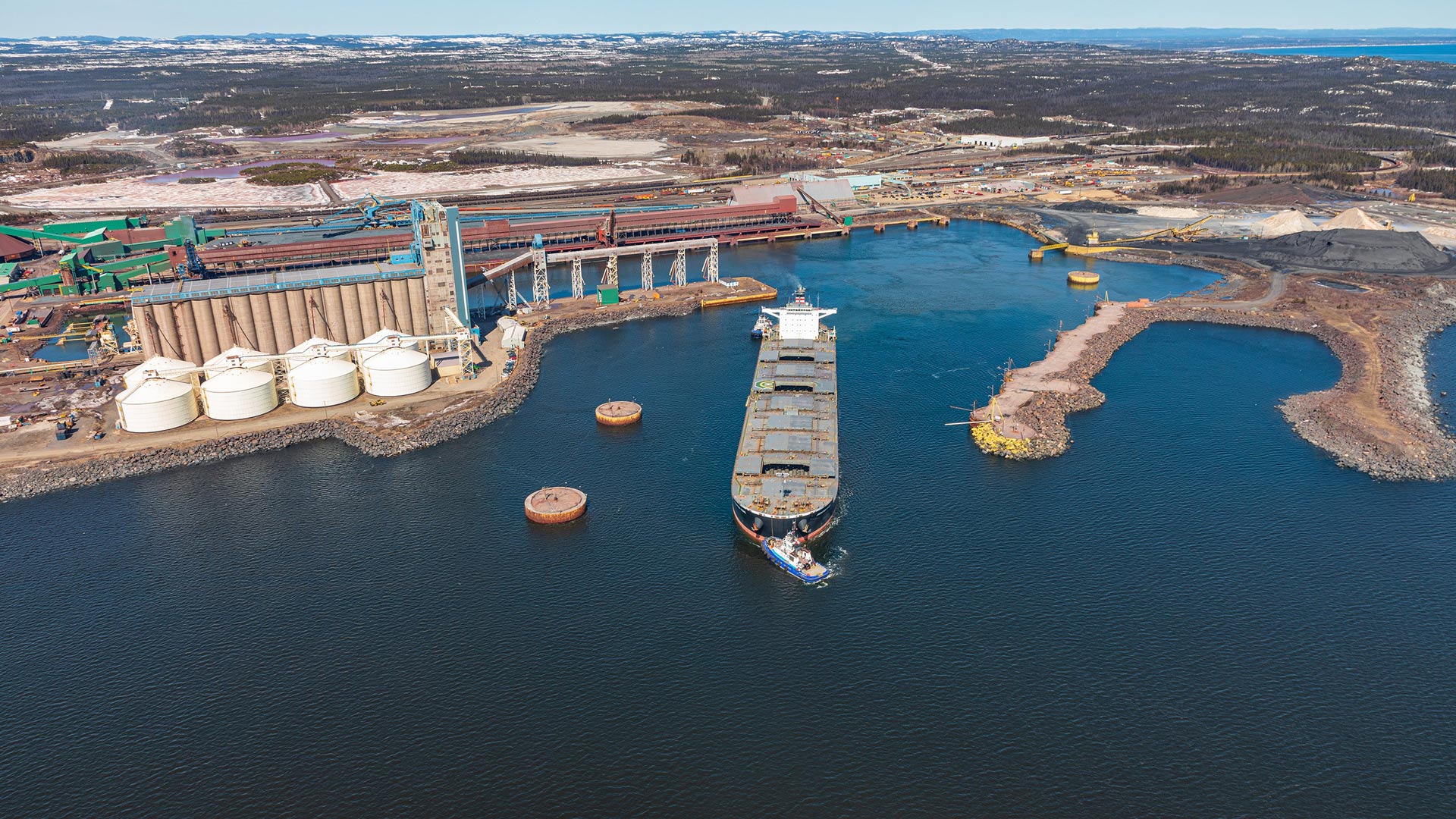 Our rail infrastructure provides a link between our various sites, while our seaport allows us to ship our products all over the world.

Inaugurated on December 10, 1960, our railway was an essential access route for the development of northern Quebec. Today, it remains essential to the economic vitality of the North Shore. This strategic link allows the shipment of more than 25 million tons of iron ore to international markets every year.

A true feat of engineering and construction, our railway is 420 kilometres long. It has 50% of curves, 20 bridges, 5 tunnels and 19 sidings. Today, a train consists of 210 cars and is over 2 kilometres long, requiring three locomotives.

Located in Port-Cartier, our seaport is internationally recognized and has been part of our heritage for 60 years. Carved out of the rock and built by hand over a period of more than two years, it represented a real engineering feat at the time.

On average, more than 450 ships reach the port each year, which involves more than 900 entry and exit manoeuvres.

The team at ArcelorMittal Infrastructure Canada G.P. (AMIC), which operates the port and the railway, employs more than 600 specialized workers.